One doesn’t need a glance at the newspaper headlines or what’s doing the rounds on social media to realise the fact that there’s a lot that needs fixing in this world. From ensuring access to basic amenities of housing, sanitation, education and decent employment, all the way up to challenges of clean energy, climate change, automation, data security, proliferation of weapons and commercialised space travel, the scope for betterment is just an ever present reality. Riddled with inadequacy and imperfection, even one’s mundane everyday lived experience seems to admit of further improvement. Dissatisfaction with and disappointment in, the people, objects and situations that one comes into relationship with, seems to be the norm. It is in this context that people tend to view ideals as something that don’t quite map onto how the world really is or how it tends to function. But ideals don’t draw their significance or utility from whether they exist out there in the world yet or not. They instead become salient by shaping minds, inspiring initiatives and animating people to action. It is the pursuit of an ideal, the ‘working towards’ part which holds it’s true cash value.

Utopian ideals and even the ones infused only ever slightly with optimism, often seem lukewarm at best, when compared to the emotional salience and intensity of the dark, dull and villainous ones. Negativity in general comes across as more grounded, inevitable, visceral and more real, weighing on everyone’s lived reality. And a righteous pursuit of remedying the world, mitigating risks and healing it, comes across as a soft man’s project. A man who somehow has managed to remain distant from this inevitable imperfection that is by design. Perhaps a man who’s too reluctant to admit of moral grey areas in life. Someone too mellow to dig into the filth and far too determined to keep his own hands clean, as he stands in judgement of those who have the grit to get theirs dirty. Someone who treads on a different plane altogether, far from the dark underbelly of compromise, pain and tragedy. Who’s too unreal in his expectations and aspirations or maybe too privileged to know any better. ‘The real world is different’ is an all too common retort that reverberates the echo chambers of academic discourse, and considered by many to be a fair enough position to settle into in life. A self explanatory stance that seems to deliver an absolute knock out blow to any time taking long term enterprise.

It is true that the negatives, be it divisiveness, tribal hatred, violence or instant retribution speak to us on a deeper level. It probably has an evolutionary sway on our minds, driven by the circuitry of the more ancient portions of our apish brains. But as much as these feelings resonate with or feel natural and seem inevitable to us, it’s useful to remember that we’re no longer prisoners of our Cro-Magnon instincts. We’re not nervous brutes wandering the Pleistocene savannah, chucking spears at passing animals anymore, but cerebral problem solvers. Even though we’re predisposed to and driven by faulty impulses, as thinking beings we can get over our instinctual propensities without being seduced by them.

There would always be problems to solve in the world and many of which would outlive us. But imperfections and difficulties should not make us succumb to mediocrity or to relapse into hopelessness. Striving to fix things would always be a worthwhile pursuit over giving in to cynicism or appealing to futility. The problem might be intimidating and the solution might not be immediately forthcoming. But the real tragedy won’t be to have struggled with the solution all this while, but instead to find oneself as having become a part of the problem. 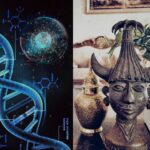