(I am able to write this piece, as I stand on the shoulders of giants who’ve walked this path for decades. They’re the ones who distilled the sum and substance of this insight, bringing the deepest of contemplative experiences into scientific spotlight. By divorcing them from their almost explicitly religious and metaphysical moorings, the kernel of this ancient contemplative wisdom could be distilled from the rubble of superstition. An insight that all too often gets buried under the weight of vague approximations, metaphors and misplaced religious convictions. Having had a meditation practice for many years now, and for what it’s worth, I can attest to the phenomenology of this insight that’s been described by the greatest contemplatives of both the past and present)

You’re awake right now, in the sense that if you’re reading this then you’re not asleep and dreaming. But is this the final state of wakefulness? For instance how aware have you been in the last couple of minutes about what was going on in your mind? Were you recognizing the arising of thoughts as thoughts, or were you a mere captive, helplessly living out each one of them, as they ambushed your attention one after the other? When you look back, as a matter of experience, can you feel that there’s been a trance like quality to your default way of being in this world?

It’s truly astonishing how few people ever set aside the time to understand, let alone experience, what is perhaps the single most profound experiential meditative insight, that there is to be had. The lack of interest if anything seems to be driven by an almost infinite supply of distractions that aided by technology, present themselves seamlessly in a 24 hour window. Most of life is spent functioning in and as our mind in each moment. It’s the very substance of all experience, that anchors us to sanity. The quality of one’s mind therefore almost entirely dictates the quality of one’s life. And yet almost no time is spent by the greater part of humanity, in observing the mechanics of its working from a subjective point of view.

Of the many projects to choose from, that one might intend to invest a considerable time in, meditation can be a bit peculiar. Because much like any new habit formation that demands patience and consistency, meditation practice is laden with an additional bait that can reliably ensnare anyone who chooses to walk this path of self inquiry.

Contemplative traditions have existed across geographies since ancient times. Even though they vary in their form, framing and the degree of directness, an approximate commonality of the essence of this very specific insight can be found across religions, and more so in some than others, for interesting reasons. But because of their ancient genesis and iterations across time, certain claims about the nature of reality, that these traditions so routinely profess and consider axiomatic, tend to be anachronistic. This seemingly harsh judgement of stating them to be out of step with the present, is neither born out of condescension nor is it a  devious attempt to discredit or infantilize the ingenuity of these ancient contemplative insights. This is not a matter of failing to accord dignity to a tradition, or a refusal to admit the uniqueness of eastern meditative traditions. But instead it’s an honest acknowledgement that simply by virtue of their placement in history, these practices and their practitioners in turn, were devoid of the knowledge that now forms part of the ever growing, evidence based body of science.

There’s a multiplicity of traditional axioms on offer for instance, that have long been accepted on face value and passed down through generations. Not only do such notions of profundity and grandeur have an insufficient scientific hedging, but owing to their often being explicitly religious in nature, they’re also potent agents that can appeal the masses, by leveraging their credulity. These grand narratives and notions have an immense power to satiate people with an explanatory closure in the face of uncertainty. The cycle of rebirth or freedom therefrom, conflation of one’s introspective insights with the knowledge of how the universe works and a willingness to attribute supernatural powers to anyone who was either bold enough to claim them or left enough room for creative speculations to simmer; are to mention just a few of them. These are symptomatic of a way of thinking that keeps evidence at the back burner, and suffices itself with a theological or cultural world view, that only approximates how the world actually is.

Because of many of these aspects, including the occasional grandiose claims of extra sensory perception, premonitions, clairvoyance and telepathy, there’s always a looming possibility of one’s practice being hijacked by exaggerations, vague presumptions and anecdotes, religious hyperbole, deluded confabulations and wishful thinking. With an ocean of poetic and metaphorical ways of looking at and explaining things in this field, it’s extremely easy to get lured into some concoction of ‘chakras’, ‘rebirth’, ‘crystals’, ‘horoscopes’, ‘astrology’ and other pseudo scientific notions of ‘medical miracles’ and pop culture concepts that defy physical laws. These are things that either lead you to have unjustified beliefs or to believe things on insufficient evidence. The claims professed, the justifications given and the goals towards which these traditions are purposed, are in many cases extensions of a religious vocabulary and epistemology. Add in a few charismatic and megalomaniacal cult leaders and Gurus with bad incentives to the mix, and you find yourself in a truly difficult circumstance.

A 21st century conversation about how to frame these self reported experiences, responsibly and scrupulously with our growing understanding of the mind, can therefore devolve into a tedious project of parsing scientific truths and hypotheses from beliefs and dogma. I shall therefore refrain from using the colloquially used esoteric words like spirit, energy, vibe or aura, which of course do very little to clarify things, and can instead often trivialize the insight itself, by dramatizing its description. Before discussing the intricacies of meditation and the phenomenology associated with it, it makes sense to shed some light on some aspects of the practice itself.

In order to first get a conceptual handle over the kind of experience that I’ll be discussing here, a few terms need to be defined for ease of comprehension. Similar or at times exact meanings of these conceptual cues can also be found in the canonical scriptures of Buddhism, Hinduism and Jainism, particularly the philosophy of Advait and the Dzogchen teachings of Tibetan Buddhism. The poetic and metaphorical hues that seemingly touch upon something similar, albeit obliquely, can also be seen in the elements of devotional ecstasy. But it becomes increasingly more difficult to parse out the actual experiential insight in as clinical a fashion, as one moves deeper into the paraphernalia of organized religions in general, since the vocabulary they employ admits of interpretation that often leads to avoidable conflations.

1. Consciousness-   The American philosopher Thomas Nagel’s simplistic definition might be useful to invoke here. To say that someone is conscious is to say that there’s something that it’s like to be that someone. Which is to say that there is a qualitative character to their being or experience in each moment. And this qualitative character dulls and attenuates away as one undergoes general anesthesia, for instance. Consciousness is the context or space in which every object of experience appears. Every conceivable play of sights, sounds, sensations, thoughts and emotions happens on the screen of consciousness. For anything to be felt, it has to first arise in consciousness. That is the only way for it to have a footprint in one’s conscious experience. The fact that the universe seems to be illuminated right where you sit and that something seems to be happening, reveals the fact of your consciousness. Consciousness therefore is this prior condition or state of undefined openness in which every experience arises. It is seemingly insubstantial and yet everything of substance arises in it.

Now it might well be true that consciousness is merely a result of information processing and that it arises from matter, i.e. the brain, and the school of thought called Physical monism or Physicalism subscribes to this possibility. Or it might be that the base layer of reality is in the mind and independent of matter, a branch called Idealism. Or perhaps that consciousness is in some form intrinsic to matter itself, an adventurous line of thinking that goes by the name of Panpsychism. But whichever way our understanding grows in the future, nothing mentioned in this piece shall come into contradiction with it, since what’s being attempted here is to describe the actual felt experience of what the mind is like when it’s undistracted and not taken in by the contents of consciousness.

3. Meditation- The word meditation seems to invoke quite a few stereotypes among people when they first hear it. Some of the imagery apart from the religious kind, that it can bring to mind for instance, can involve a bearded saint sitting in a cave with his eyes closed or perhaps a picturesque view of the Himalayas and a life of renunciation. These preconceived notions about the practice and its benefits can range from the more benign, like improving one’s concentration and reducing stress, all the way to the more magnanimous ones of awakening and enlightenment. This caricature of the practice at least seems to imply that as a pursuit this is best suited either for leisure or for those who can actually afford the time for it, amidst other pressing issues in their lives. Its seeming incompatibility with and separateness from, the ordinary lifestyles that most are accustomed to, becomes even more pronounced when notions of renunciation and sainthood get thrown in.

But real meditation operates at a different level entirely. As a practice it’s perfectly compatible with the everyday mundane stuff. Nothing about meditation prevents one from acting out in the world or hampers their functioning in any way. With sufficient practice as one’s ability reaches a level of real stability, meditation with all its insights can seamlessly be integrated with one’s wakeful life. One can be mindful even while they indulge in ordinary household chores, running errands, driving or while listening to music. As a matter of experience there’s just consciousness and its contents in each moment. And one can either experience that with clear comprehension or be lost in thought, i.e. thinking without knowing that they’re thinking.

Another less than ideal notion shrouding meditation is when it’s advertised as a stress reducing tool, as a quick fix to calm your nerves or improve concentration. But using meditation merely as an efficiency enhancing tool is akin to using a sophisticated piece of technology like a smartphone, as a paper weight. It would certainly function as one, but that would only be scratching the surface of its true potential. Meditation instead is a mechanism of gaining profound insights about the fundamental nature of conscious experience, and in the process clearing some basic confusion around what you actually are. It’s not a matter of ‘thinking‘, but about knowing what experience is like, prior to concepts. It’s the art of discovering the inherent transitory nature of appearances as they arise and pass away. And it offers a far deeper level of well being that is free from clinging or aversion, that a continuous entanglement with concepts never can. It provides an ability to repeatedly disrupt the chain of association or identification with thought, and of repeatedly waking up from this default slumber of thinking, without even knowing that you’re thinking.

Now having familiarized the basic aspects and terminology related to the practice, part 2 can be a natural segue into discussing what the deepest meditative insight is and how crucial it is to putting an end to this machinery of rumination and subjectivity, that reliably produces needless unsatisfactoriness in one’s life. 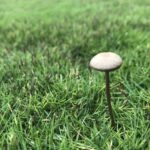