Archetypal stories, myths, legendary narratives and metaphorical exaggerations of a civilisation can serve as a profound vehicle for disseminating wisdom and understanding to a people. Even though these were fundamentally imaginative, creative and speculative hypotheses about the world and our place in it, passed down through generations, these were one of mankind’s first attempts at understanding the metaphysical. They enunciated what could potentially constitute a more profound and meaningful life. Apart from quenching such existential yearnings, these overarching stories acted as a civilisational glue that fostered close kinships and camaraderie by manifesting in the said civilisation’s culture, festivals, traditions, languages and rituals. The ones among them that took shape of organised religion, cemented identities and allowed for a sense of belonging, emotional well being and in-group intimacy to prevail.

In this context, for instance it can be incredibly revealing to look at the different origin myths on offer, since they shed light on how stories begin, are shaped through generations and molded with every retelling, thereby giving rise to newer variations that command a similar level of conviction among people. According to one such origin myth, the Tasmanian aborigines believe that when a terrible battle ensued between the Gods ‘Moinee’ and ‘Droemerdeener’ in the stars, Moinee fell down from the sky to Tasmania. As a final act of blessing during his last moments before dying, he created the first man. But in a hurry he gave them a long tail and forgot to give them knees. He died shortly thereafter. Unable to sit down because of their dysfunctional physiology, the men cried for help. Hearing them ‘Droemerdeener’ came down, he gave them bendable knees and cut off their tails; and just like that, mankind came into existence.

The ancient Sumerian epic of Gilgamesh in Mesopotamia is equally interesting. Much like the stories of Sinbad the sailor or King Arthur, Gilgamesh around 4000 years ago, who may or may not have actually existed at all, used to undertake long travels. In one such journey he met an old man, centuries old by the name of ‘Utnapishtim’. Utnapishtim narrated how the Gods, unable to sleep and annoyed by the noisy humans, decided to destroy them in a massive flood. The water God however forewarned Utnapishtim and told him to construct a giant boat to save his family and other life forms in general. It should become apparent at this point that the Jewish story of Noah’s ark is actually a retelling of the legend of Utnapishtim. Both the versions end with a rainbow as a token of God’s promise of not sending anymore floods. Even the phenomena of a rainbow finds different explanations and interpretations across myths. In the Norse mythology a rainbow is seen as a bridge that connects the sky realm with Earth. Most would’ve seen it in the Hollywood movies of Thor, portrayed as that long bridge that led to Asgard, called the Bifrost, guarded by Heimdall.

For all their emotional salience and unifying appeal, stories still remain a less than ideal way of conceptualising reality and further less, when it comes to behaving in the world, on the basis of that reality. When notions of sacredness, religiosity, identity, sentiments and pride get infused in the calculus of things, these stories can sometimes become remarkably polarising and dangerously divisive, especially since many of these stories that underlie major organised religions are mutually incompatible. The outcome is seldom pleasant when little room is left for disagreement between factions who’re under the sway of these stories, drunk on their delusions and misplaced convictions. The toxic chain reaction of one-upmanship and sizing the other gets even more probable when a proselytising faith is thrown into the mix. A lot has been said by people of faith about science and it’s purported ability to stay as close to what’s real. Scientific values are quite often denounced by them, as being too unfulfilling and dry a way, to live life by. What good are they to decipher a good symphony, architecture, painting or human emotion?- they ask. But the real achievement of science is not in how warm and good it makes you feel, but in its ability to know fact from fiction irrespective of the baggage of sentimentality. It’s an objective epistemic pursuit of truth that has allowed us to make giant strides in refining our knowledge, technology, wisdom and normative standards.

The scientific method is a paradigm of responsible, careful and scrupulous investigations into different subject matters. It is acutely self critical and meticulously limited by empirical observations, reasoning and rigorous testing. It does not succumb to any consolations, reassurances, superstitions, mythology or wishful thinking. It has allowed us to adjust the credence in a hypothesis according to how diagnostic the evidence is, and not have it coloured by delusions or false convictions. It is what has allowed us to track reality as closely as possible and to know the world how it is, and not how we wish it to be. This sort of intellectually, epistemologically and ethically responsible inquiry, need not be seen merely as a trophy of the western civilisation, since civilisations across time and geographies, including the Indic, have contributed to the development of many of its aspects. The scientific method instead is a collective patrimony of our species. An unparalleled intellectual feat of humanity that has opened up the canvas of reality for us that up until recent human history was shrouded by an impoverished perspective of religions and superstitions.

It is perfectly possible to draw wisdom and artistic profundity from myths and narratives wherever possible. But the pleasure and rapture that one might draw from the stories of Heracles, Gilgamesh, Odin or Droemerdeener should not and need not anchor to a need or want for them to be real. 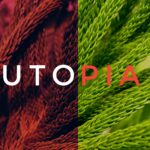